Please stop submitting complaints. This is our system. We designed it, we built it, and we use it more than you do. If there are some features you think might be missing, if the system isn't as effective as you think it could be, TOUGH! Give it back, we don't need you. See figure 1. 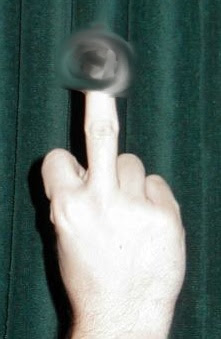 FIGURE 1.
Forget about your silly problem, let's take a look at some of the features of your computer system.


OPTIONS
We've got lots of them. So many in fact, that you would need two strong people to carry around the documentation if we had bothered to write it. So many that even we don't know what most of them do. Don't ask us for any of these options, because we probably can't find the solution for it anyway. Even if we find one, we probably can't order it either. If you don't like it, call Technologies. They'll tell you to see Figure 1.

If you need technical help, call our hot line. You say that the guy at the other end doesn't know any more than you do? Too bad. If we could afford to pay qualified people to answer the phones, we'd be paying them to make our systems work in the first place. Besides, you don't ever need to do anything sophisticated anyway. If you do, see Figure 1.

What the hell is integrated voice and data? All it means is that you can talk on the phone while you are typing on your terminal. So what if the terminal and the phone aren't integrated; that's not what we advertise. Besides, you probably can't even walk and chew gum at the same time, much less talk and type. If you can, see Figure 1.

We invented it; it's perfect, and we're the only ones who do it right. We're so happy with it, we put it on every kind of computer we make. We even try to keep it the same from release to release, but usually we blow it. If you want a computer with stable file systems, get a Mac. Another thing: those nerds from Redmond are just trouble making hackers who have a productivity complex. They imitated our operating system and made it useful, so we told them to see Figure 1.

We give you OpenOffice; what else do you want? So what if it is a clumsy port from another operating system, it works doesn't it? Well, OK, it sort of works. If you want applications software, get an Netbook. You can get lots of it and they even support it sometimes. If you already bought one of our computers and are unsatisfied, you're stuck with it. We spoke with our applications software people about this, and they think a lot like we do; they said "see Figure 1."

We have two shells; one we sell and one we use. The Bourne again shell is plenty good for trivial little hacks, which is all you do anyway. Don't ask for X11 either. It's great, everybody here has a copy, but we won't install it to you. Besides, if you want to do anything important, write it in C. We told our shell programmers to see Figure 1 a long time ago.

We like it so much we named a book after it. You can do anything our machines can do, which is not very much. Where else can you put so much unreadable code in such a small space? Besides, you probably should be programming in the shell anyway; C is too hard for you. We told our C programmers to see Figure 1 a long time ago anyway.

We have the Math Accelerator Unit, one of the fastest chips around. It's so special that you need a special compiler to use it. Nobody knows how to get you a copy of the compiler? That's right. We don't release it because we are writing another one. When it's ready, we might give it to you, but probably not. In the meantime, you have to stick with the interpreter, live with the slowness, and see Figure 1.

We have thousands of service people out there, but most of them are busy. If your computer breaks, you will just have to wait. Don't expect our techs to be very helpful unless it involves tip and ring. Oh, if something breaks between 17:00 and 9:00 the next morning, don't waste your time calling us, we're out. We also take lots of lunch breaks. If you need real support, see Figure 1.

In conclusion, stuff your complaint. Love your computer or leave it, but don't bitch to us. We don't give a shit. We don't have to! 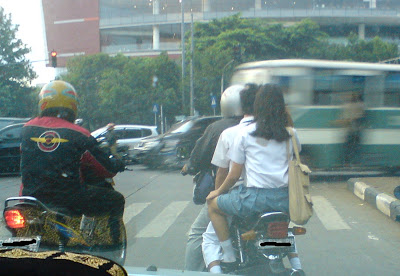